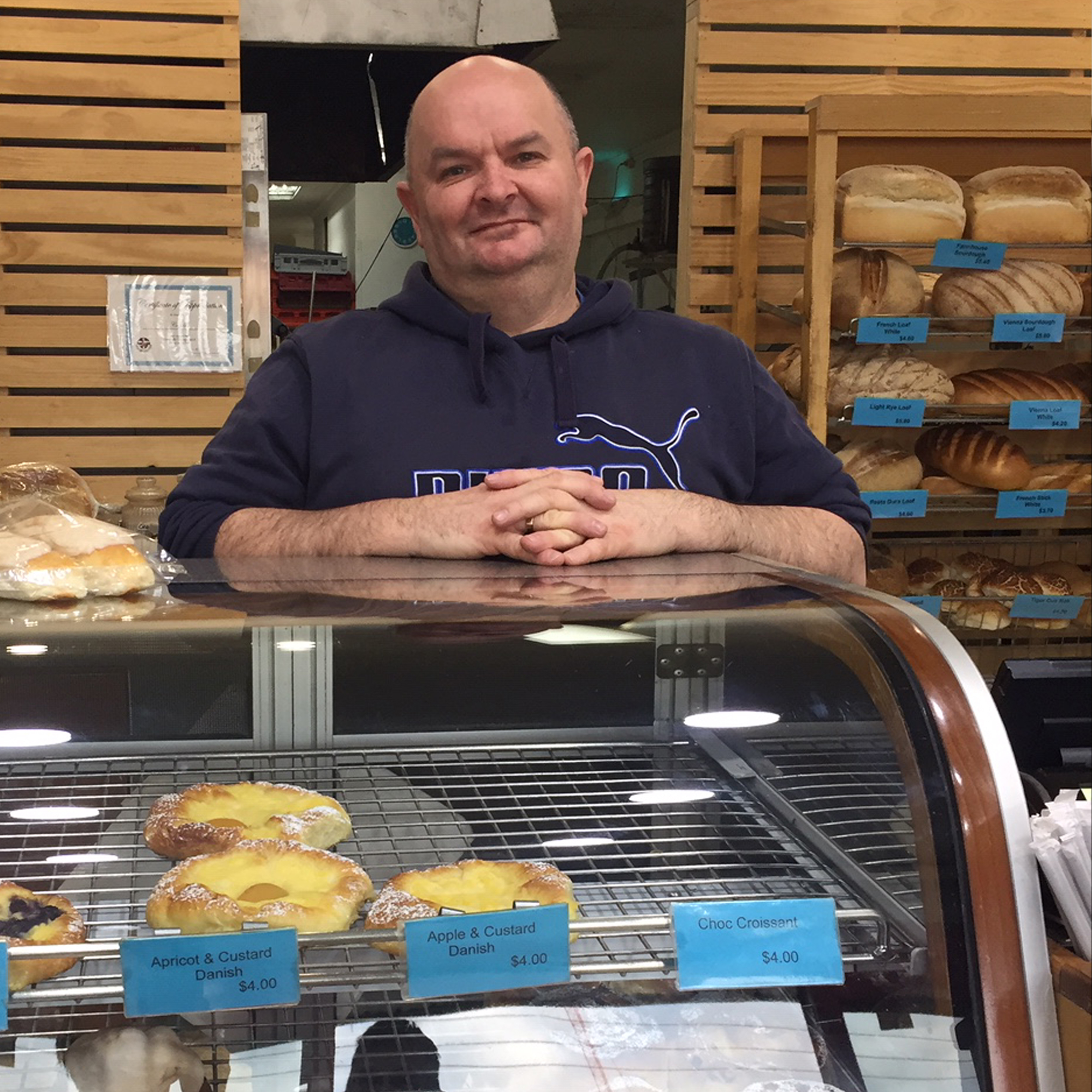 ‘Baking up opportunities at Cozido’s Bakery‘

Dean is the employer of Harry, a young man with an intellectual disability. Employing Harry to work at Cozido’s Bakery in Moorabin has been a win win for both parties. Not only are they both Collingwood supporters, it has also been beneficial to the business with some unexpected benefits arising.

Like many good opportunities, this one came about over a coffee with a local. Angela from Access Australia Group and part of the Ticket to Work network is a regular customer at the bakery. Her office is just two doors down, so she suggested the opportunity to Dean one day while buying a coffee and pie.

Dean initially offered Harry a trial, where he was impressed by the way he interacted with others, followed instructions and retained information. Harry was offered a position for 4 hours a week which has now built up to 8 hours a week with an apprenticeship on the horizon.

Dean says Harry works really well out the back and his disability does not affect what he does.  He began with packing the baked goods, and is now helping make vanilla slices and cookies. Harry is involved in the whole production of the product from start to finish. “Harry is fantastic, he really is” said Dean.

Initially Harry was a little shy interacting with others, he has now come out of his shell and he gets along well with the two other bakers. The bakers are really patient with him, they slow down to explain the process. This change of pace has resulted in an unexpected benefit, the quality of the goods has increased.

Dean’s approach is simple “if someone treats me well, I will treat them well”. He has owned the business for 9 years and has 35 years of retail experience behind him. Dean has previously had positive experiences hiring and working with people with disabilities.

Fortunately Harry is still employed throughout COVID-19, as the bakery business remains strong.  Dean offers some advice to other employers considering hiring a young people with disability “give the person a chance, the experience of working week in week out gives someone the opportunity to shine”.