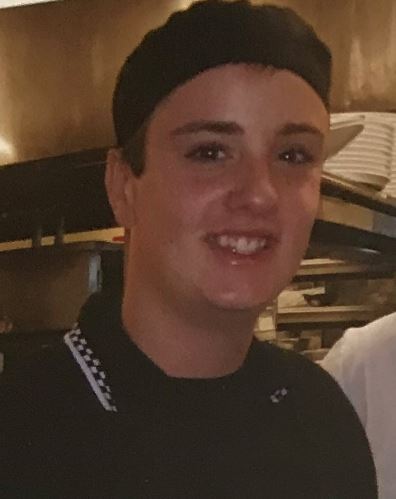 I’m writing this as a very proud mother who has watched her son battle adversity for years and seen him come out on top, a ‘winner’.

Jayden, who is now 18, was diagnosed as being on the autism spectrum early on at primary school and then later as having Asperger’s syndrome. To say that life at primary school had its challenges is an understatement, but these were not nearly as difficult as the challenges he would face at secondary school.

With a drop-in government funding support that meant less access to integration aides, the transition to secondary school seemed almost doomed from the start. Two mainstream secondary schools later and no one seemed to know what to do next for Jayden.

It was only after weeks of phone calls and emails to the Department of Education and being passed around from one department or region to another, that we were presented with the option of a specialist school for children with mild intellectual disabilities: Montague Continuing Education Centre.

From the outset we were welcomed at the school and although Jayden was slightly younger in age than the other students, the school seemed to be the right fit for him. I cannot say that everything has been completely smooth sailing over the years, but with the support of the staff and encouragement of the principal, Jayden has not looked back.

The small structured class sizes and the individual attention given to students meant that Jayden could learn in a less stressful and caring environment. The school puts a lot of emphasis on teaching the students life skills and ties this into the curriculum so that learning is not always contained to the classroom. The vocational activities and community involvement give the students a real sense of purpose, not to mention the varied extra curricula activities and school camps.

I have watched Jayden grow from being an anxious, at times aggressive boy who was not socially adept, into a confident, respected young man with a bright future in front of him. He achieved so much during his time at Montague and in 2013 completed his Victorian Certificate of Applied Learning (VCAL) and achieved his Silver Duke of Edinburgh award, which includes riding 100kms around the bay.

All that has given Jayden the confidence to become more socially engaged outside of school. He is now a peer leader with a local youth group and not far off achieving his Karate black belt. Although, I am sure Jayden would say his biggest achievement was being offered a commercial cookery traineeship under Montague’s involvement in the Ticket to Work program.

After 18months Jayden was offered an apprenticeship in commercial cookery and his is now well on his way to achieving his dream of becoming a chef and one day teaching cooking and life skills to children with disabilities.

The transition to full-time employment is hard for any young people leaving school and for Jayden it has meant learning to cope with change (working shift work), reading social cues and working as part of a team in a pressured environment. It has been challenging for Jayden and although he is currently taking a break from the apprenticeship, he is still passionate about pursuing a career in commercial cookery.

The journey for Jayden has not been without its up and downs but thanks to the dedication of Montague CEC and others, Jayden now has a fantastic support network.

To achieve his dreams and get to where he is today, Jayden has dreamed big and not let his disability stand in his way.

Original article can be found in:  NoticeBoard magazine of the Association for Children. Autumn 2014