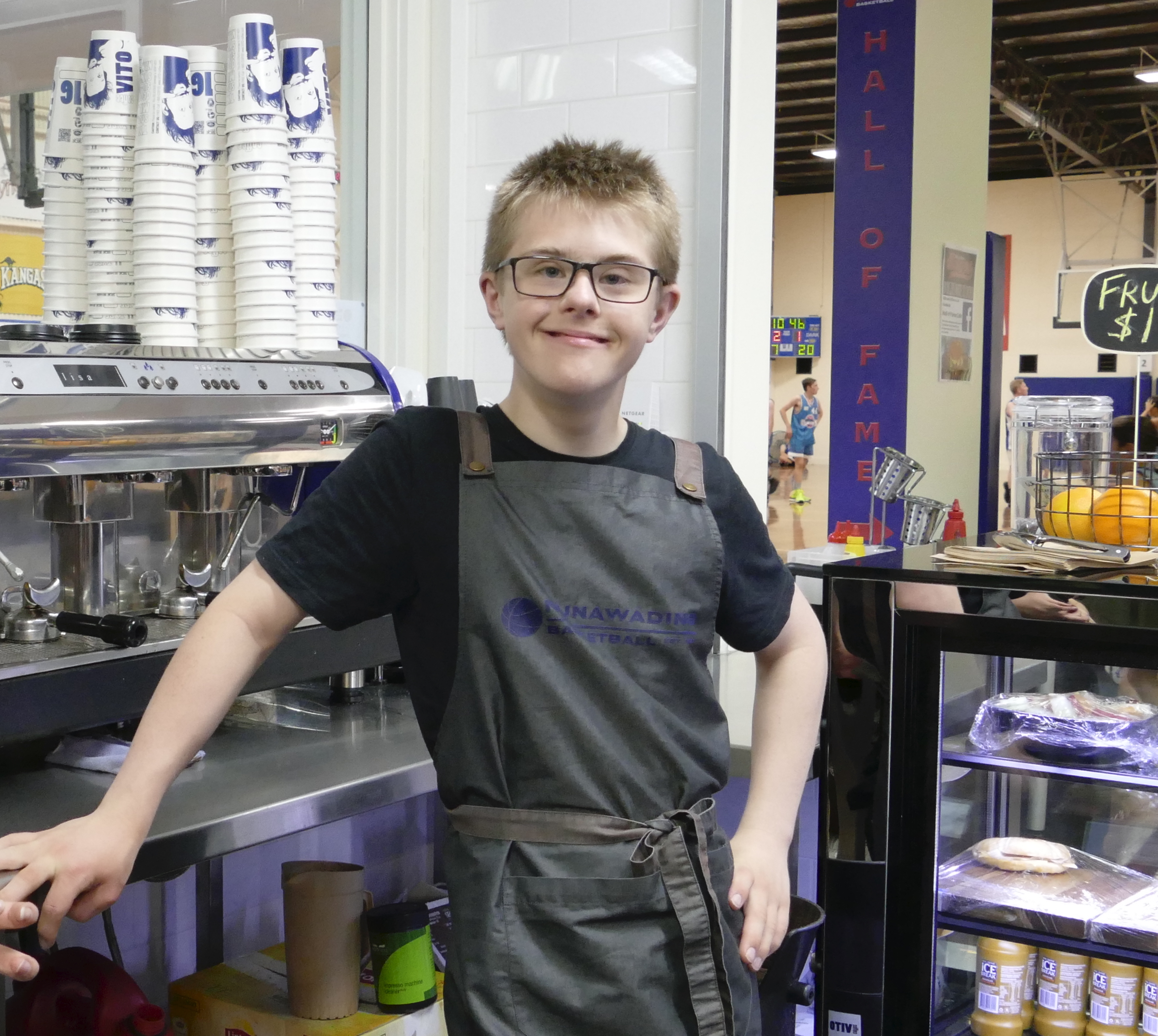 Julian loves basketball and with the support of Ticket to Work has scored himself a job at Nunawading Basketball Stadium – a dream of his.

As a year 11 student with Down syndrome, Julian wanted the same rite of passage as his peers – the chance to have an after-school job. Thanks to philanthropic funding and the Victorian Government, Julian is just one of 40 Victorian students with disability who will have the opportunity to participate in after-school work.

Julian now works casually after school in the basketball stadium canteen. Julian is supported to learn all of the tasks like preparing food and making coffees. Julian says “I have learnt to fry hot chips, dim Sims, potato cakes and chicken chips” and “I like making coffee…my customers rave how happy they are with my coffee”. He thinks “the people I work with are very nice, we are the canteen team”.

Julian and his girlfriend want to get married in 2026 and he is saving for his future to buy a house and a car. Julian says “when I am grown up I want a job during the week, like my mum and dad…I want a job so I can get my own money and put it in the bank”.

Since Julian has started his job he’s gone from strength to strength. Manager at the Nunawading Basketball Stadium’s canteen, Catriona Vargas, calls him an asset to their business. “Julian is great, he is eager, enthusiastic and gives his full attention to any task he is asked to do. I have enjoyed seeing his progress over the time he has worked for us and am especially pleased with his mastery of coffee.” She said.

“I hope you come and see me, I will serve you with a big smile” Julian says.