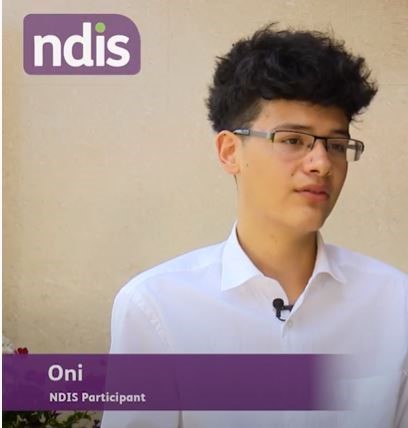 NDIS stories - Oni's choice and control with the NDIS

Oni says that the NDIS has been there for a lot of this year and they’ve really been helping me through with the speech therapist and all other sort of stuff. Oni mum says In one year he’s made enormous changes that are unrecognisable. He’ll have funding for this next period to set him up and then that will end this year. And then, as far as he’s concerned, he no longer has a disability but he is being enabled to go on with his life.