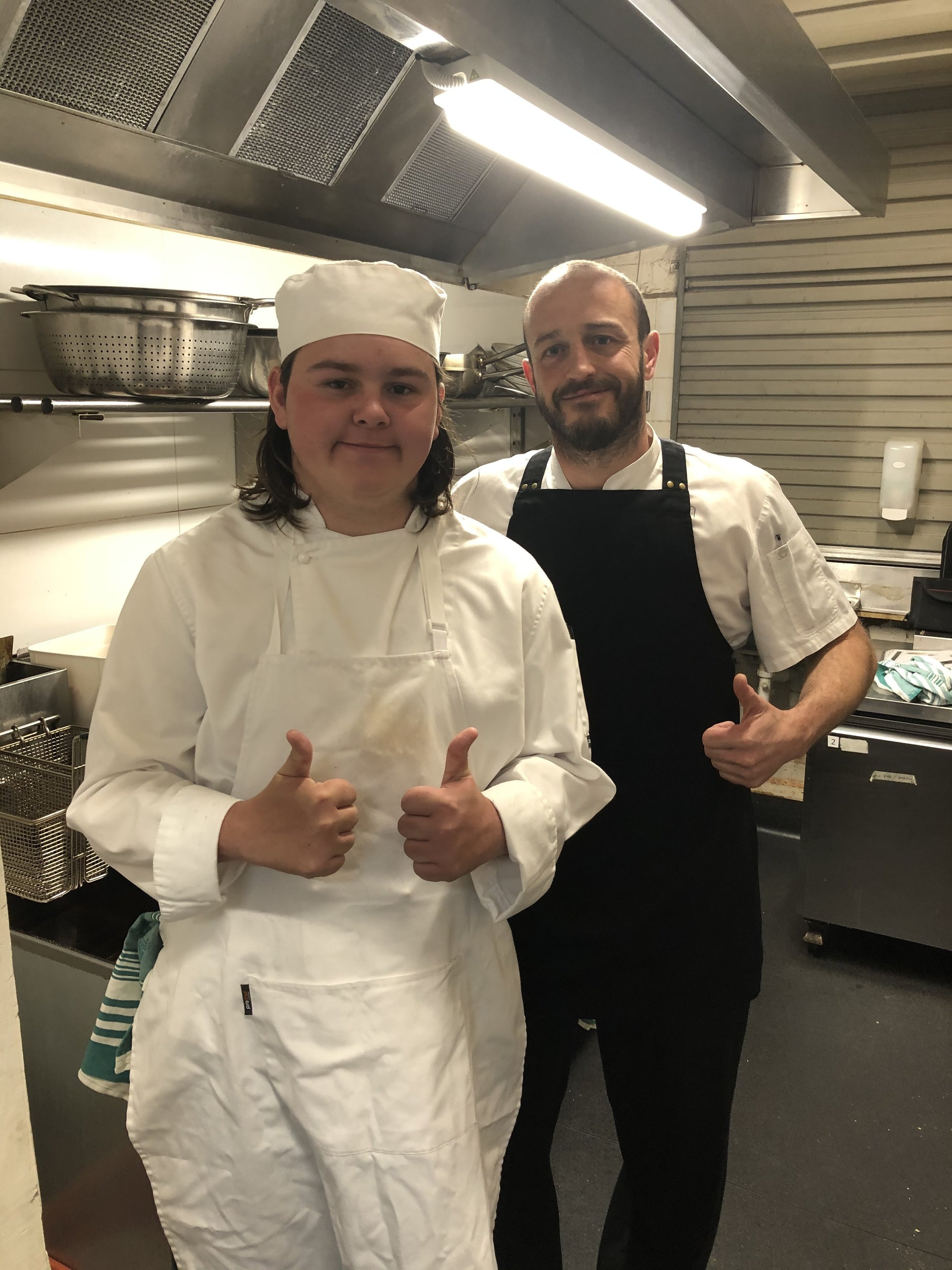 Kyle learns best when working hands-on, so working in a busy bistro has brought out the Master Chef in him. He began his After-School Job at Queenscliff Brewhouse in 2019 while in Year 11 at Newcombe Secondary College. His role was created using a customised approach, in consultation with his employer, careers teacher and GForce/EGF Employment Services, who were contracted through NDS Ticket to Work After-School Jobs initiative.

Kyle, who has autism and dyslexia, has gone from strength to strength in his role as a Chef’s assistant, helping in the kitchen preparing food. His initial work started with 4 hours per week and this increased over time, sometimes he works in the kitchen 3-4 days a week during peak times and holidays.

As Kyle has low literacy and dyslexia, he has developed memorisation skills that compensate for reading. He learns best through verbal instructions, demonstration and practical activities. This strategy has been successfully adapted for his work environment and is working extremely well, according to his work coach, Helen Gane. Kyle has thrived in the dynamic and lively environment of the Brewhouse, learning new work skills and building confidence in his abilities. Kyle’s manager Deb at the Brewhouse has been an influence on him, helping him to take his passion for cooking to where he wants to take it.

When we asked Kyle what he thinks employers should look for when hiring staff, he said “look for an honest, hardworking person who is kind to other employees, a person who has enthusiasm”.

Kyle now creates his own signature meals, using google home to find recipes and knows when a dish needs a little extra something. According to his mum Lisa, his ‘parmy’ is legendary. Lisa says he was shy and has increased his ability to talk to people since he began work and is now quite the conversationalist now. Kyle’s parents Lisa and Gary say that because of the support provided through the Ticket to Work initiative, Kyle’s future now looks bright.

Kyle’s message to other young people like himself entering the world of work “set your heart on what you love and keep going in that direction. If you don’t like that profession find another one. There are thousands out there”.

He is living by his own advice by following his passion for cooking, with plans to do an apprenticeship. In five years from now, he hopes to be a full time chef and one day he would like to own his own restaurant. At Kyle’s restaurant, the signature dish will be lasagna and there will be plenty of fancy desserts.