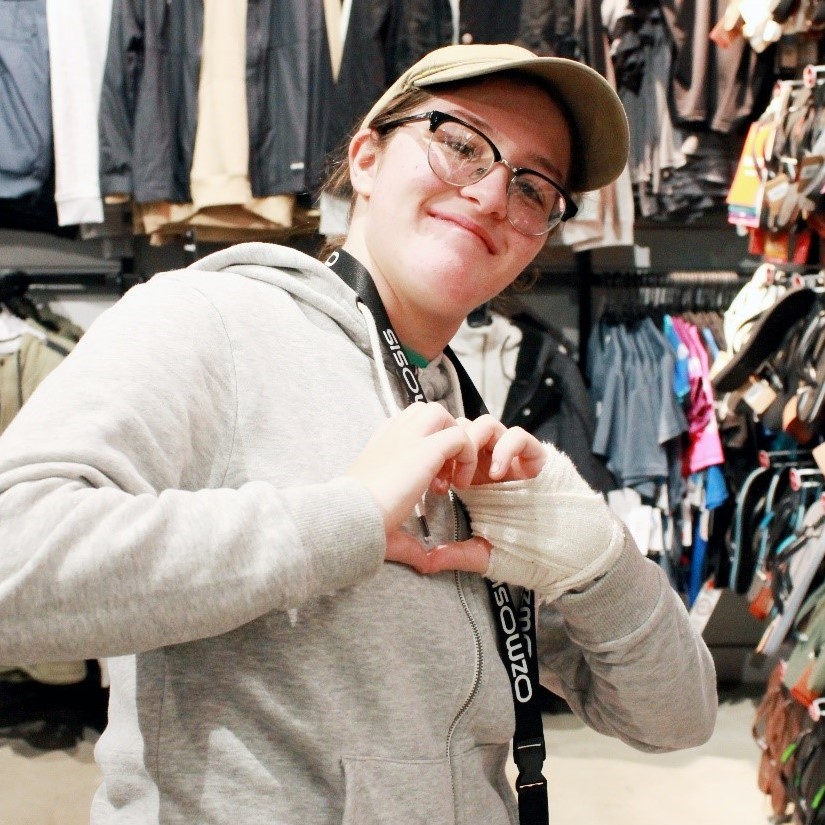 Danielle (Dani) is a Year 11 student at Newcombe Secondary College and is a participant in the Ticket to Work After School Jobs Pilot. Dani received some initial customized support from GForce/EGF Employment services and successfully undertook work as retail assistant for Ozmosis in Leopold. Danielle, who is visually impaired, has not always been confident at school and in life. She has been through some tough times at home, and faced many challenges, including trying to fit in at school and sometimes periods of unhappiness when she was treated differently by her classmates. Dani is very close to her Nan, who she has lived with since a toddler, and she has always had a very caring and trusting personality. Her Nan describes her as a ‘terrific kid, positive and often mature beyond her years’.

Dani was absolutely thrilled to be part of the Ticket to Work After-School Job Pilot; she had wanted a job and to do something more than school. She began her role with Ozmosis in May 2019 while in Year 10 and is continuing her job during Year 11. She loves having her after-school job for 1.5-2 hours per week, being able to set saving goals for clothes, birthdays and special occasions. Her role includes general cleaning and tidying, helping with store displays and serving customers. Dani, once ‘very shy with people she didn’t know’, according to Nan, is now confident going to work, really enjoys talking with customers and believing in herself. Dani knows there are many things she can do, and she is looking forward to travelling, future work and is excited for her future. Her goals are now to work part time, finish her Year 12 and volunteer for community radio. ‘She is coming out of herself’ says Nan, ‘in the past, she was too scared to choose her own clothes in a store, and now she helps others and loves it!’