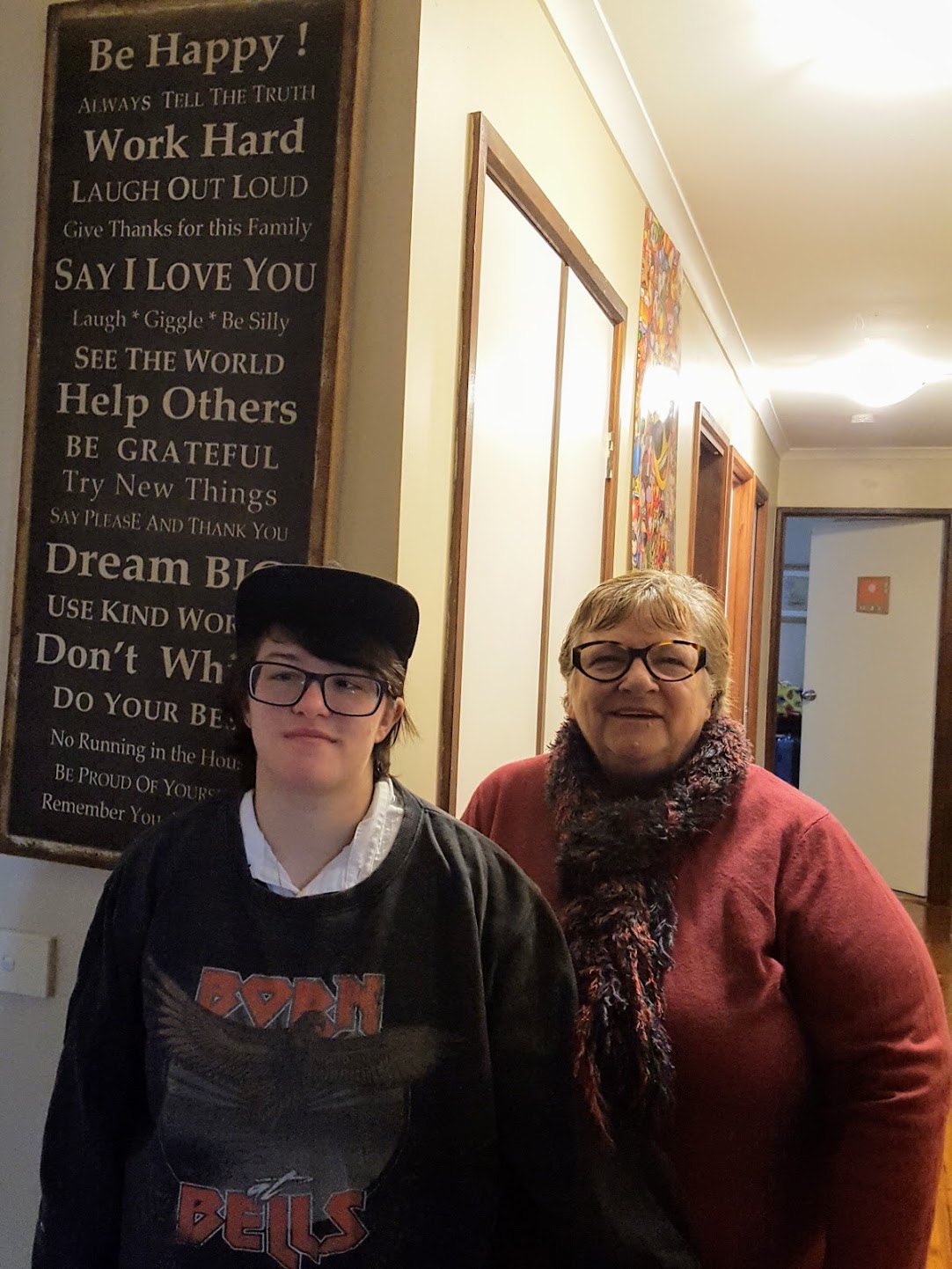 “Much more than a little job”
Dot is a big believer in giving kids the encouragement to try new things. She is the grandparent and primary carer to Danielle, a young participant in the Ticket to Work After Schools Job pilot. Danielle, who is vision impaired, was invited to take part in the pilot through her school. Dot thought the opportunity was amazing and didn’t hesitate to support Danielle in her goal to find a part time job. “I can’t speak highly enough of the whole initiative,” she says, “I think the biggest thing we have to do is give our kids the opportunity to do things, and not let our own fear hinder their progress.”

Danielle, a keen skateboarder, now works part time for Ozmosis in Geelong. The job has given Danielle a huge boost in her confidence and the ability to be part of the community. Since working, she regularly goes out independently, catches public transport and meets new people and is engaged in the community. Dot feels all young people should be given the opportunity to work and build their confidence. Before starting in her job Danielle was “very hesitant and anxious, didn’t want to go anywhere by herself,” says Dot, “Working has been wonderful for her sense of worth, the feeling she can do something. We always said you can do whatever you want, you can get there, but now I think she believes that. I don’t think she did before.”

For Dot, the true value of being part of the After School Job pilot for Danielle is much more than “getting a job and a little bit of pocket money,” she says. “It’s not just getting paid to do a little job, it’s all the other stuff that comes from getting that little job, being part of a team, feeling like you’re really worthwhile.” She urges other employers to think about creating “little” part time jobs for young people with disability, and believes employers will gain much more from a person with a disability who genuinely appreciates their job and will “go over and above.” She believes the benefits are far reaching and can change the future for young people like Danielle. “You can’t teach that, you can’t buy it; you can only get it by experiencing these sort of the things,” says Dot.